On November 29, 2017, the Southwestern Union hosted a celebration in gratitude for the service of two individuals who have spent much of their lives dedicated to loving and sharing Jesus through caring for people in disaster situations. 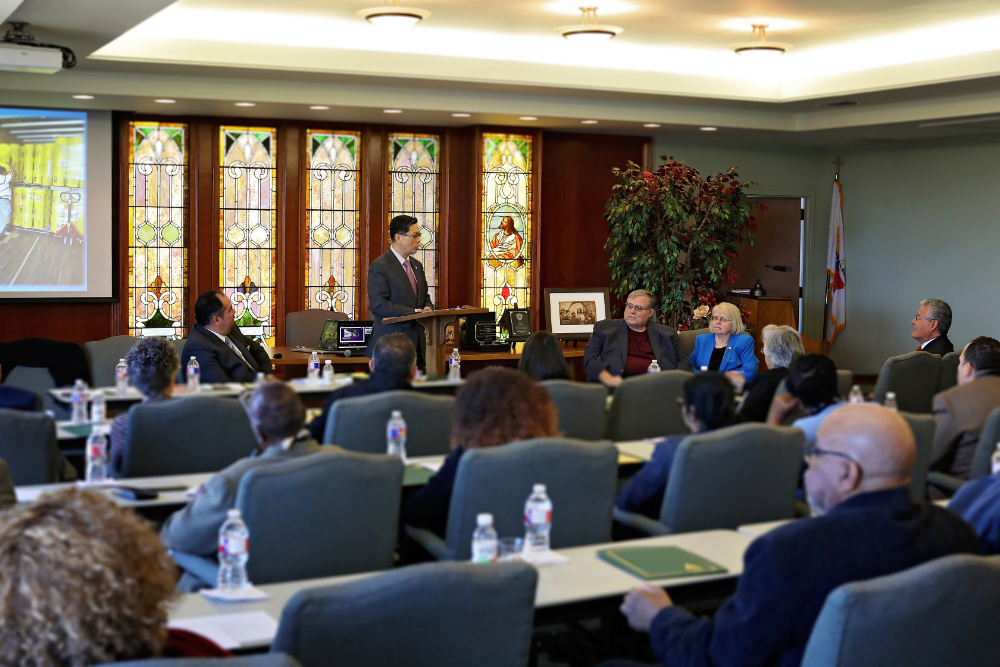 On November 29, 2017, the Southwestern Union hosted a celebration in gratitude for the service of two individuals who have spent much of their lives dedicated to loving and sharing Jesus through caring for people in disaster situations. In October 2017, Joe and Sherry Watts retired from their roles as Adventist Community Services Directors for the Texas Conference and Southwestern Union, after having served the Adventist Church for 47 years. The event was attended by North American Division Executive Director for ACS, Sung Kwon, and NAD Disaster Response Director Derrick Lea, along with ACS leadership of the Texas, Southwest Region, Oklahoma, and Texico Conferences, officers of the Southwestern Union, and dozens of ACS volunteers. A special message was played from the Arkansas-Louisiana Conference ACS leadership.

Although they have retired, they will be keeping their hands in ministry by transitioning to work for Adventist World Radio in the Texas Conference territory.

“It has been our privilege and joy to serve the Lord in ministry for 47 years in various areas of ministry and responsibility. We look forward to the opportunity of sharing with churches in the Texas Conference about the wonderful work of Adventist World Radio. Let’s work together to finish our work on earth so we can go home to Heaven,” says Joe.

Joe and Sherry both attended Empire Adventist Academy in Kansas before attending and graduating from Union College in Lincoln, Neb., in 1970; he with a bachelor’s degree in religion and a Greek minor, and she with a bachelor’s in home economics and a minor in religion. Joe became a ministerial intern in the Kansas Conference, and was then sponsored to attend seminary at Andrews University, where Sherry worked as a secretary for the Dean of the Seminary.

In 1973, Joe graduated with a Master of Divinity. He served as a pastor in the Kansas Conference until 1979, when they transitioned to the Colorado Conference. In 1981 they moved to the Rocky Mountain Conference, and in 1986, they returned to Empire Adventist Academy. Joe pastored the church and taught Bible, while Sherry managed the academy’s sewing industry.

In 1988, Joe was called to the Arkansas-Louisiana Conference as its Youth Director. Sherry became the Youth Department secretary. Adventist Community Services was later added to their responsibilities, and they played a major role in assisting in the aftermath of Hurricane Andrew in 1992.

Marshall and Julie Gonzalez were called to serve in the roles of ACS directors for the Texas Conference and Southwestern Union following the Watts’ retirement in October. “I’m grateful for the leadership that Joe and Sherry brought to Adventist Community Services. We’ve learned a lot from them and we know we have big shoes to fill.”

In their retirement, the Watts will continue to live in Keene, Texas, where they will enjoy spending time with family, including their five granddaughters.