You Have Been Called 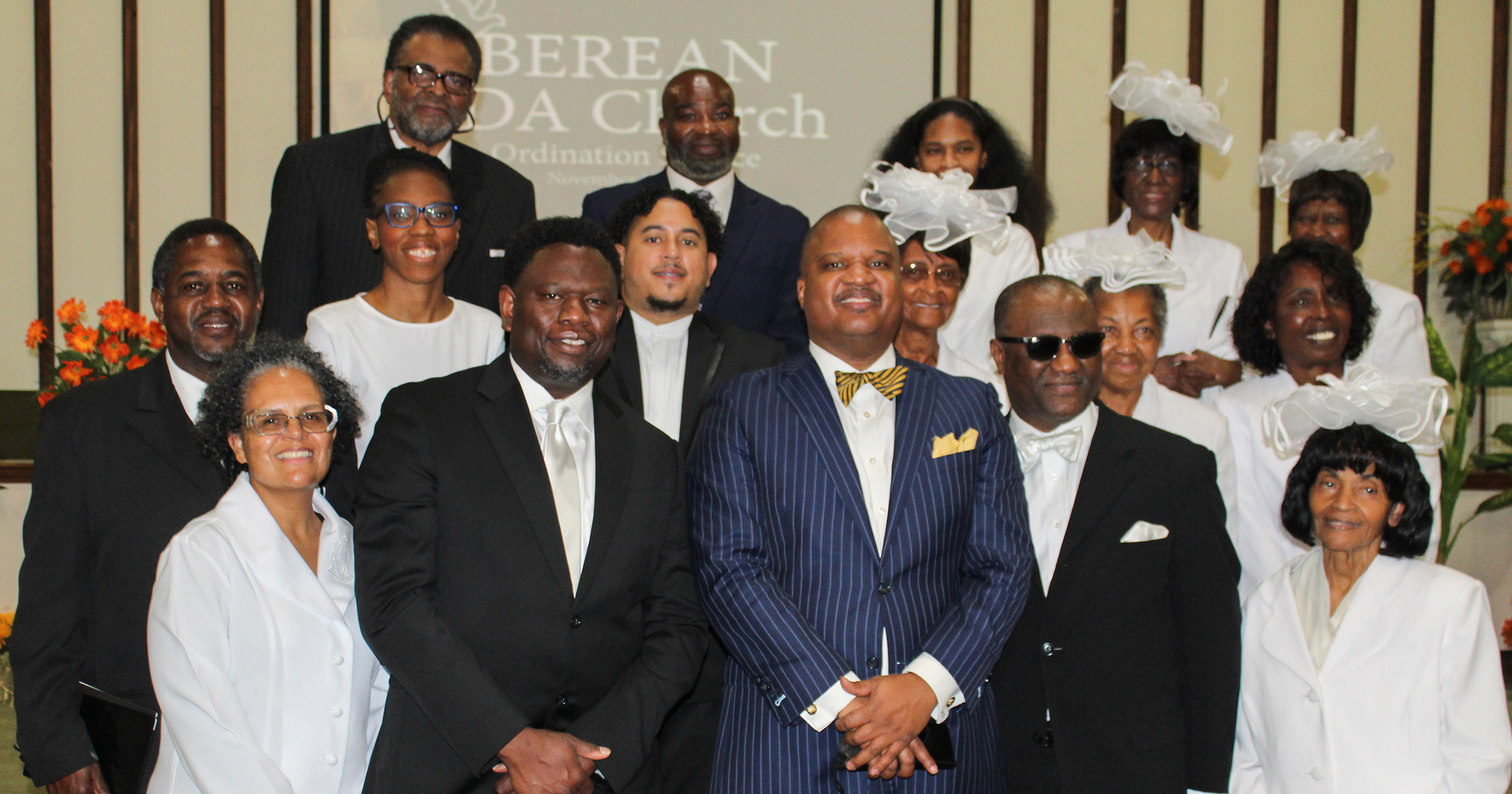 Guest speaker and President of Southwest Region Conference Carlton P. Byrd used Jeremiah 1 as his scriptural basis and appropriately titled his message to the ordinands, You’ve Been Called. “God’s desire is for you to succeed. He’s got your back when nobody else is rooting for you. His calling for your life is why you’re at Berean, Faith or Morning Star. You were each created for God’s glory in spite of what the devil says.”

He followed with numerous examples of ultimate stalwart men of God and their initial character and/or physical imperfections that could have circumvented their carrying out God’s purpose for their lives. “But they had to learn to stop running because of what others were saying. Purpose is not for sale. God never had anybody who was perfect; perfect people don’t give good testimonies. Jeremiah’s purpose was to be a prophet to nations, to expose sin and call sinners back to God.”

Ordinands would hear that, like Jeremiah, their lives of service were orchestrated even before they were in their mother’s wombs and that they were “products of divine providence and divine navigation.” He continued, “You are here tonight because God has set you apart; His calling on your life is that which gives you passion in life, that prophetic anointing. You have been ordained by God, not by men.” He closed by pointing in the direction of each set of ordinands while proudly exclaiming “You’ve been called! You’ve been called! You’ve been called!” as he headed to his seat.

Pastors Weegar and Footman followed, announcing their firm convictions that the ordinands were well deserving of the honor about to be bestowed upon them. Then the ordinands were presented, and, with each standing, pastors, elders and Byrd stood with hands stretched toward them as Charles Wilson prayed. In the end, many agreed that they had indeed just witnessed “a ceremony like none other before it.” We congratulate Berean’s and Faith’s Jeremiahs.