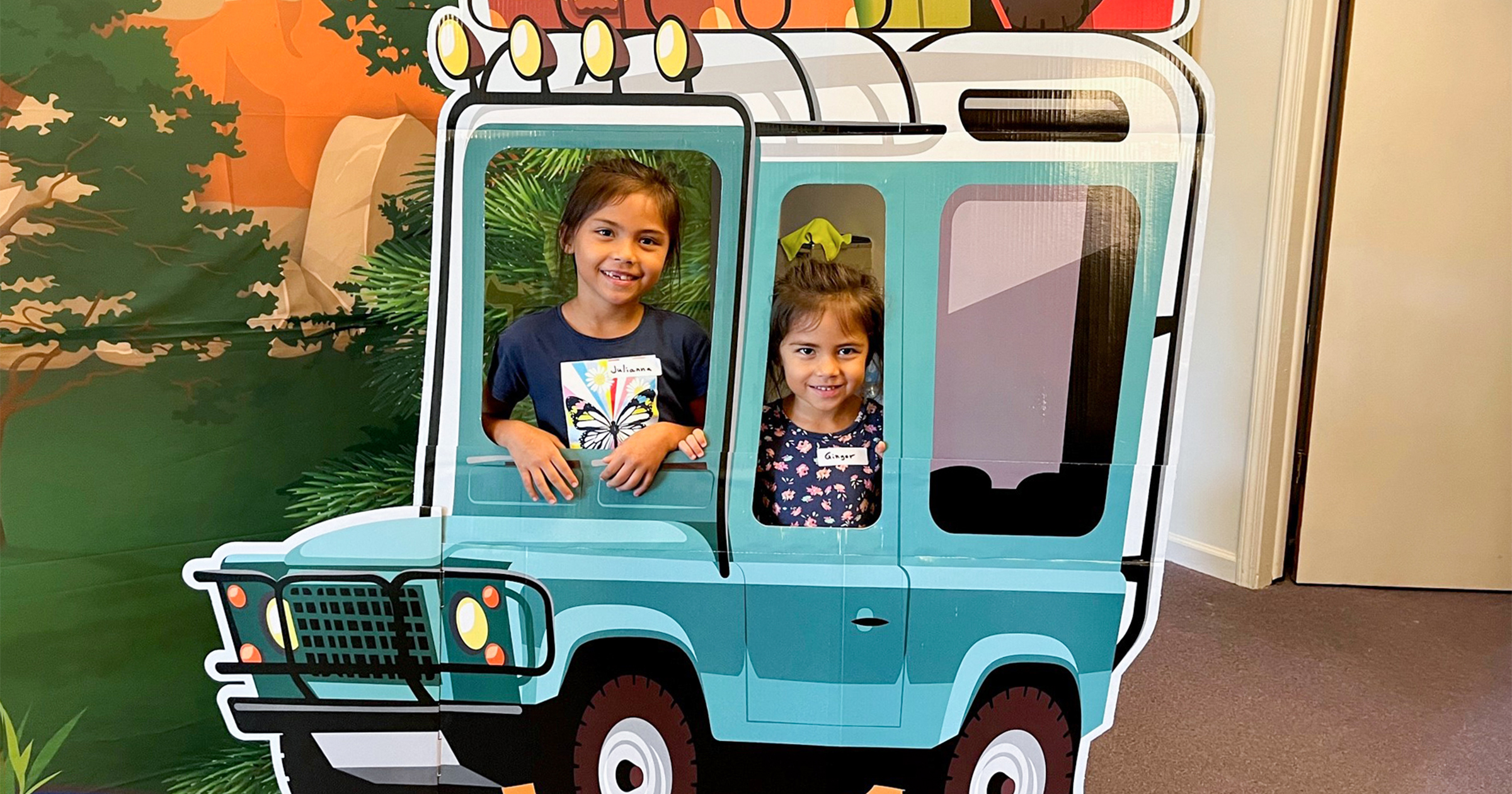 SHREVEPORT, LA. – The Mountain View Seventh-day Adventist Church held the Jasper Canyon Vacation Bible School (VBS) program June 24-29. This was the first VBS program the church held in nearly 15 years, and the members knew it was far past time for it. This church loves children, but finding a handful of people who could commit to a full week in the summer has been a real challenge. However, many members quickly volunteered this year when someone mentioned VBS. The program was a great success with VBS serving 23 young people, including some from the community. The staff members were very creative and showcased their rock collections. The children were quick students and memorized 1 John 4:7-8 by Wednesday, then they memorized 2 Timothy 1:7. On Sabbath morning, the VBS theme continued into the worship service where the children and youth carried out the entire service, including a full report of their week. The young people raised money for the ADRA water kiosks for Mozambique and also picked up the offering on Sabbath morning. They raised an astonishing $324!

The young people have been asking if we will have another VBS next summer. They loved it so much. This was a wonderful way to share Jesus and His love with the children of our church and other local families. Also, this was a fantastic way to foster relationships between adults and children within the church. The church has been creatively thinking of other ways to serve the children in the community with other special events in addition to VBS.

The Slidell Seventh-day Adventist Church was also blessed with a successful and fruitful VBS this year. The theme was “Camp Out” and the church was entirely decorated in a camping theme. The kids enjoyed games and crafts, and they also learned a lot about Jesus through Bible stories, memory verses and songs. Angelina Jones was the VBS leader, and she had several helpers to keep everything on track. On Friday evening, everyone came together for Friday night vespers with a bonfire!

In June, the Baton Rouge Seventh-day Adventist Church had a flurry of activity as VBS preparations were made by Jennifer Kepper, director, and others for evangelistic efforts for the children in our church, school and community. Prior to VBS, church members went out to a local park on two consecutive Sundays with a snowball ice machine and VBS pamphlets in tow to share with community children and their families.

Finally, June 6 arrived with the opening day for the Jasper Canyon VBS in Baton Rouge where every child is a treasure of God. Each day began at the dig site with songs, skits and a meeting with Rocky, the Rockhound. Kids went on to Excavation Post (prayer time), Gemstone Mine (Bible stories and picnic snacks), Artifact crafts and the Testing Pit (games). Kids, volunteers and parents all had a great time as the program closed on Friday evening in Jasper Canyon. On Sabbath morning during worship, a video presentation highlighting the whole week was shown and several songs were performed by the children.

The Tontitown Church Group held their Jasper Canyon VBS on July 18-24. The kids learned all about Noah, Abigail, Solomon, Ruth and Elijah at the Gemstone Mine (story station). At the Excavation Site (prayer station) they dug for gems and artifacts daily. Then, at the Artifacts Stations (craft station) they made petroglyphs and mosaics. At the Testing Pit (game station), the obstacle course and Sniff-Sniff Rockhound were the favorites for everyone. After working through Jasper Canyon, everyone came back to the Picnic Station for treats. Over the course of the week the kids learned the Bedrock Verse, Romans 8:38-39. Ask the kids now and they will tell you “I dig it.”